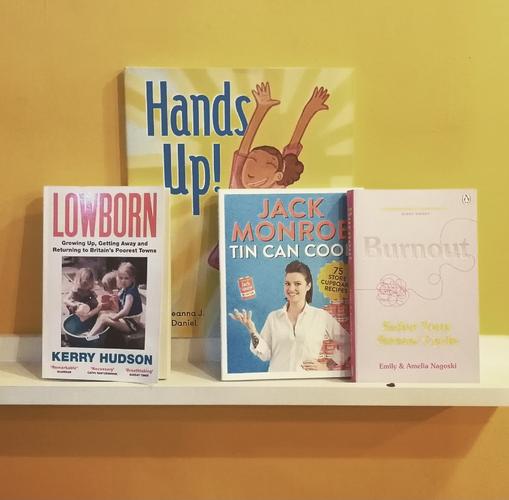 I want to be clear when I write this, where I am. I’m sat at home. There are two overly indulged cats eager for attention lounging around me while I type. I have warm clothes, good central heating and I ate a filling home cooked meal this evening. It wasn’t always this way. In fact, I used to wonder what all of these things might feel like.  I used to wonder what it must feel like to feel secure about your present, and not fear the future.

For several years, I existed on benefits. I was  registered homeless during a bout of sofa surfing. I was that single mum needing help from the welfare state. I juggled weekly job seekers appointments with a sad man called Kevin who was granted the power to decide whether I deserved my £30 that week. Claiming benefits was a status that I dipped  in and out of at various points in my life. Like many with little resources or security, I was quick to fall down.  I try not to refer to that time too much. If I’m honest, I do my best not to think about it.

This week though, I found my palms sweating.

I relived a shame response I’ve not felt in some time. Scrolling through a timeline flooded with the stark images of what this government saw fit to feed hungry children and vulnerable adults. I tasted my heartbeat in my mouth once more. I found myself thinking of every parent, opening her food package and discovering half a pepper. The mix of humiliation,anger and burning frustration must have been consuming.

The scandal of private catering contractors profiting off some of the pandemic’s most vulnerable has lit up news feeds like a bonfire. Amongst the shock and disbelief, all I found was a familiar feeling: distrust. They not only didn’t care what they were feeding these families, they thought they’d get away with it. You see, governments like this one don’t grow to power in some uncontaminated petri dish. No, the mindset that breeds this special kind of malice is something very familiar to me. We’d be doing ourselves a great disservice if we thought that it was just about Westminster. The disdain for those in need starts far closer to home.

Most people have an image in their heads of who claims benefits, a narrative of what that person’s life might look like. It will be an idea born from the media, political discussions and perhaps 1-2 folks in their lives who actually use the system. Although, my experience tells me that not enough people know how many of us rely on some sort of support whether it’s working tax credits or housing benefit. If they did, this narrative wouldn’t be so toxic. Almost all of these narratives will contain a hierarchy about who is most worthy of the support and it is within that hierarchy that the myth of the good benefits claimant is found. There is a sense of something almost heroic contained in the myth: a tired parent just doing their best, a little run down by the dice not rolling in their favour perhaps? Something palatable. Someone it feels ok to say “they’re trying their best” about.

The myth of the good benefits claimant is at the heart of this scandal. It’s a myth you’ll see underlying the social media comments on most of those pictures. “At least there was some fresh food” in response to 2 giant baking potatoes for a family of 4 that would cost an hour of electricity to heat. “You don’t seem that bad, you’re managing to get on Twitter and cause a fuss.” Faced with the most brutal end of the welfare system’s cruelty these are predictable, if extreme responses.  I’m sure many of us reassure ourselves that we’re more empathetic, we’re distanced from such terrible judgements. The thing is, I’ve heard similar things said to me, loaded compliments  for managing an Asda shop on £18 most weeks. My experience tells me that you’ll find the path to this utter lack of empathy, or understanding, in the praise I received for my ingenuity around that £18 food shop. In order to have extremes, we must have a breeding ground for such opinions after all.

The truth is, benefits claimants were never meant to have nice food.

The very decision to replace vouchers with food packages was born of distrust and disdain. Left without supervision, these people could buy whatever they wanted, and they would make bad decisions. I mean, how often have you seen someone, living in poverty, yet still smoking? The very scandal of it! It’s best to remove that agency right away - for their own good - and move on swiftly with the act of helping them. Some grated cheese in a coin bag will definitely do it.

I live with the awkward moments when people realise they’ve said something insulting about the way I paid for food and clothes. Some fairly innocuous comment about a school fundraiser  would leave me trying to explain that I couldn’t make that work with what was available to me. What followed was a slow decline, and confirmation that I had failed. Perhaps there would be some head shaking and tutting about the meagreness of it all. But I would be reassured that I was doing very well, all things considered. My favourites were always the ones who rushed to reassure me. Determined to clarify that I wasn’t like a certain type of benefits claimant. In response to which I’d head tilt, and ask what they meant by that? Which is when I’d be treated to all sorts of vague, clichéd examples of benefits cheats, work dodgers and deadbeat parents. How I’d missed the compliment seemed foolish.

That’s how this government learned it could do this. Tories have nurtured a basic lack of compassion for those who face enormous barriers in society. Years of media and government ire aimed at those who rely on our social safety net has created an imaginary enemy in our most vulnerable. In their book, to need help is to have necessarily failed. Tories argued any system designed to help would encourage people to cheat, and that had to be avoided at all cost. So the public agreed, because what could be worse than someone taking more than they need? People should receive just enough, just enough to survive. Fuck thriving I suppose.

I’ve often felt that being the good benefits claimant is much like the expectation of being a perfect victim. We must be above reproach, mustn’t have got ourselves in this position, far better it was some horrid misfortune. There is no grace with which to make mistakes. We must, above all, be flawless. We must be the good benefit’s claimant.

When I looked at those loaves of cheap sliced bread this week, split even further so that the calorific value of those packages were simply not enough for a growing child, I remembered the reassurances. I remembered the way people felt a need to cover up some awful opinion they’d expressed with a platitude that I was different. I was one of the good ones, they thought.

Those reassurances followed me around everywhere. They were there when I tried to find a home to rent for my child and I. When I couldn’t give a fixed abode in an application form. They followed me around like a coat I’d got stuck in, the zip stubborn and refusing to budge. I grew hot, sweaty and uncomfortable trying to wrestle with it but there this damned thing was making it hard to move or breathe freely.

I learned to live with the expectation that I couldn’t for one second complain. God forbid I make someone engage with the inconvenient truth of how unfathomably easy it is for a person to find themselves in this position. In a position of need. So I learned to swallow down the heartbeat that traveled up my throat and into my mouth as I opened the brown HMRC envelopes with shaking hands. All week though, I’d have thought of that moment, of opening, of seeing what lay inside. The sheer desperation of it, as eventually you realise this is all by design. Half a fucking pepper. At least mine was only paper.

We are going to need to learn to get uncomfortable. We are going to need to learn this is a collective effort. Yes, we must hold our elected leaders accountable, but we will also need to learn to look inside to the places where we have allowed these rotten myths to take root. Expressing shock and outrage is not enough- because it was too easy for this to happen. During the pandemic alone, millions of our society’s most marginalised have been shut inside. They’ve become further invisible and talked over and this is the point: vulnerable  people being endlessly  talked over, spoken for and about.  People who do not get to claim the fullness of their own stories nor the agency to choose their own path.

It is time we all recognised that myth and broke it into pieces, smaller even than the paltry portions of food in those parcels. We need to break it down until it stops choking the very people who need our help the most because right now they are starving. That’s on all of us. Our welfare state, our safety net, was hard won - we need to fight for it still, fight for the many who need it.

Kit O'Sullivan lives in Edinburgh where they raise one child and two equally wild cats with their wife. They are a reformed broadcaster and writer,  and can always be tempted by a slice of fresh bread slathered in jam. Kit donated their fee to the pay-it-forward pot that you are all welcome to use. How does the pot work? Anyone is welcome to use pay-it-forward vouchers to cover book costs- just email us with the books you're after, tell us to use pay-it-forward and we'll get your books sent out. Could be cookbooks, picture books, novels or poetry - whatever you want to read, we've got you, no questions asked.

Need a helping hand, or looking to support some great groups? We recommend this lot for starters:

And for anyone looking for a great movie, Edinburgh based filmaker Paul Sng has made some phenomenal films from a working class perspective: https://www.dispossessionfilm.com/ https://www.invisiblebritain.com/ And do check out Project Twist It, a creative initiative challenging the toxic narratives around poverty,sharing the stories of those who have experienced poverty through original writing, film, audio, animation and much more.

title
Lowborn : Growing Up, Getting Away and Returning to Britain's Poorest Towns
author
Hudson, Kerry