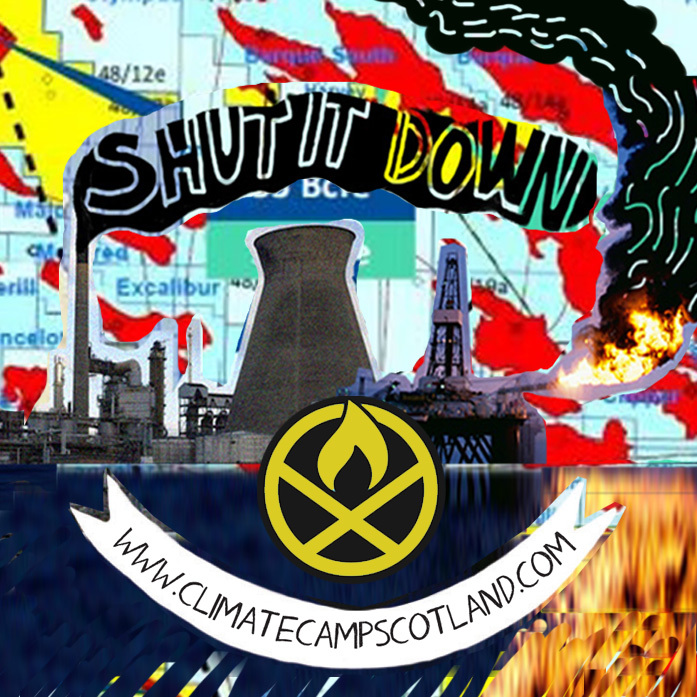 The struggle for climate justice is the struggle for our most fundamental rights - it's as local as it is global. Close to home, Climate Camp Scotland are preparing for this year's camp in Aberdeen.

Here, Anh-Quân Nguyen writes about why the camp is necessary and why we should all come to Aberdeen on July 28th! Climate Camp Scotland is also holding an open virtual meeting on July 14th at 7 pm - the perfect place to get all your questions answered.

Climate justice activists worldwide know that we’re reaching the endgame, with global heating set to break 1.5 degrees within the next 5 years. With the Cambo Oil field being brought back into play by Shell ( after the Russian Invasion of Ukraine), and the approval of the Jackdaw Gas field last month, this brings with it a special responsibility for Scotland. The vast majority of the UK’s fossil fuels come from Scotland’s north east, which not only shines a spotlight on Aberdeen as the “oil capital of Europe”, and the colonial history and global ecological devastation connected to it. It is also here where transformative change must start.

Politicians and corporations talk about the necessity of an energy transition, whilst refusing to even consider modest changes that could initiate the start of a transition away from fossil fuels. Instead, they both seek to expand the industry as well as export it by training new fossil fuel workers for African countries, effectively locking them into fossil fuel infrastructure for decades to come.

It’s often thought that Aberdeen became rich on the profits of north sea oil and gas, with every brick of the city being financed by the fossil fuel sector - a recent example includes Shell and others sponsoring the city’s pride festival. While it’s true that the fossil fuel industry’s influence can be felt everywhere, the long history of Aberdonian communities not only not profiting, but being destroyed to make place for oil and gas, should not be forgotten.

North Sea extraction first took place in 1976. Efforts to ensure public control of the industry fell when Thatcher was elected in 1979, who oversaw fast extraction, fought worker unions and privatised control. Back then, Aberdeen bid to be the ‘hub’ city for the North Sea, and the local authority forced through major changes to accomodate the industry, including the demolition of the ‘Old Torry’ village to expand the harbour.

Today, Aberdeen city council continues to prioritise the industry over its communities. It uses illusory ‘net-zero’ targets, ‘clean oil and gas’ and carbon capture, as excuses for real, vital change. Trying to expand the harbour area for an “energy transition zone” for fossil fuel companies, they also threaten to take away St Fittick’s park - the last freely accessible green space in Torry, Aberdeen.

Taking away public space from one of the poorest communities in Aberdeen to hand it over to the oil and gas industry is bad enough - using the project as a greenwashing exercise is beyond cynical. But it was always those who are least responsible for climate breakdown to suffer most from the fossil fuel industry, both here in Scotland and worldwide. From Nigeria to Argentina, oil companies with a major presence in Aberdeen (Shell, BP, Chevron) have a history of colonial resource theft, perpetuating human right abuses and ecological devastation across the world.

The truth is that neither council, governments nor corporations care about their communities, nevermind what is necessary for achieving climate justice. As a result, they will allow oil and gas to dominate Aberdeen for decades to come, and local, as well as global, communities to experience immense suffering.

This is why it needs us - climate activists - standing side by side with communities, fighting for climate justice and the true beginning of a just transition. Time and again mass protests at climate camps have preceded major victories. In 2009 the first Scottish Climate Camp brought people from across the UK to Lanarkshire to join a local and national struggle against coal that by 2016 had seen the end of coal in Scotland. Starting in 2012, anti-fracking camps in England brought national attention to local struggles that saw a halt to fracking across the UK in 2019. In Dakota, USA, rolling resistance by the Standing Rock Sioux tribe brought global attention to their struggle to defend their land from oil pipelines.

We need to transform Aberdeen and the rest of Scotland into a place that prioritizes people and the planet over profit. Let’s make it crystal clear to the fossil fuel industry and their spokespeople in government that we will not stand for expanding oil and gas fields, nor for the sellout of community spaces to corporations. Change will not be handed to us from above - help us fight for it.

Join us this summer at climate camp in Aberdeen, 28 July to 1 August.

Tune in to our virtual launch/info meeting on July 14th!

Join our crew! We still need folk for our kitchens, our children’s spaces, and our logistics crew. Message scottishclimatecamp@protonmail.com if you’re interested!

Watershed report on the future of oil and gas by foes: https://foe.scot/wp-content/uploads/2021/09/Watershed-Report_final_web.pdf

Who Owns the North Sea - project by Common Wealth link

Summary of Offshore: Oil and gas workers’ views on industry conditions and the energy transition (link)

Beyond Cambo: 1bn tonnes of pollution in UK oil and gas pipeline, The Ferret (link)

title
The Memory We Could Be : Overcoming Fear to Create Our Ecological Future
author
Macmillen Voskoboynik, Daniel