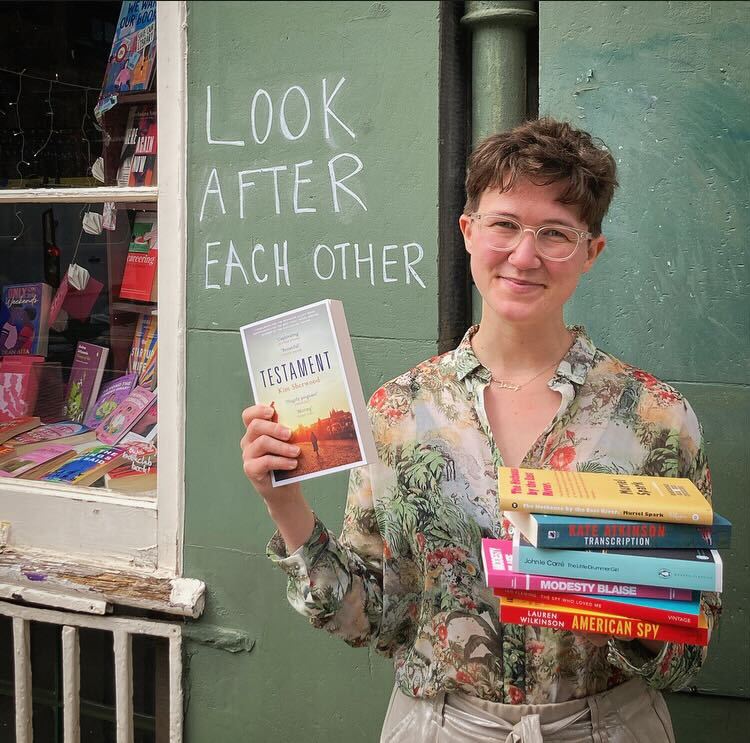 For Independent Bookshop Week, we invited some of our author pals, local and from further afield, to take over our Instagram account for an hour, recommending books on a chosen theme or in a chosen genre. In case you missed, we’ve published a list of each author’s chosen books (alongside their own work!) here on the website.

Kim Sherwood is a novelist and a Lecturer in Creative Writing at the University of Edinburgh. Her award-winning debut novel Testament was released in 2018, and in 2019, Kim was shortlisted for the Sunday Times Young Writer of the Year Award. A Wild & True Relation, following a woman who joins a smugglers’ crew in eighteenth-century Devon, will be published by Virago in 2023. Double or Nothing is the first in a trilogy of Double O novels expanding the James Bond universe.

American Spy by Lauren Wilkinson: Lauren Wilkinson's debut novel interrogates what it meansto be a spy for a system that is trying to preserve a national identity you are excluded from. A riveting exploration of belonging, race, gender and the Cold War, with a beguiling use of point of view.

Transcription by Kate Atkinson: Kate Atkinson's Transcription dismantles our national institutions and myths, from what it means to be British through to societal expectations of women, following Juliet Armstrong, recruited as a spy aged 18 in 1940, from the Second World War and into the Cold War.

The Little Drummer Girl by John le Carré: John le Carré's only novel to feature a female protagonist, this is one of my favourites for its study of character, its unbearable tension stretched over the span of hundreds of pages, and the ferocity of its political gaze turned on the Israeli occupation of Palestine.

The Spy Who Loved Me by Ian Fleming: The only of Ian Fleming's Bond series to be narrated in first person and by a woman, this unusual novel follows Vivienne Michel, a young journalist who runs afoul of the mob. Bond doesn't arrive until part three, and the first two parts offer a surprising and empathic portrayal of a young single woman in early sixties London.