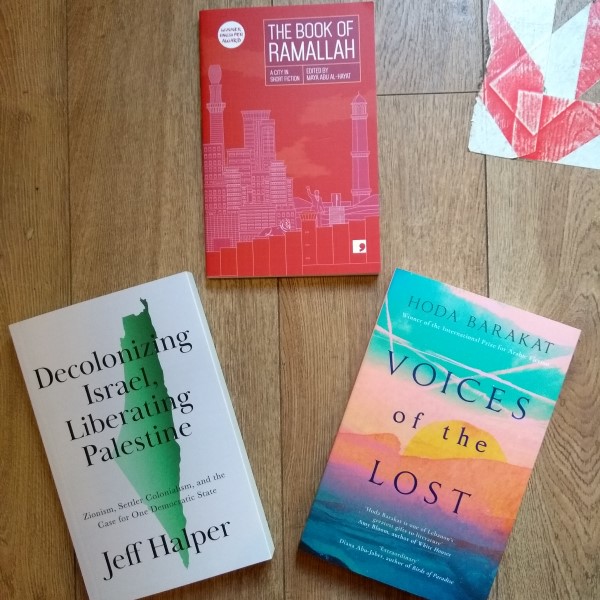 We're well over half-way through 2021, and with so many outstanding books published mid-lockdown at the beginning of the year, we thought it was good time we hauled them back up and gave them some more well-derserved love.

Bring on 'So Far So Very Good': a series of round-ups of our booksellers' favourite books published so far in 2021.

When we talk about human rights, we often tend to refer to the absence of, or the violation of, supposedly universal and inalienable human rights. It’s pretty obvious that no one’s rights are guaranteed in the way that we hope, and that fighting for these rights is something that we have to keep doing.

When I was at uni I studied a module called “Fictions of Human Rights”. We read fictional narratives of past events to interrogate ideas of what we thought human rights were, who had them, and perhaps more commonly, what happened when they didn’t have them. What particularly stuck in my mind were the novels by Indigenous Aboriginal Australians  about colonisation and genocide. Alongside these, we read historical records and legal definitions of what had been perpetrated against these communities. In all truth, this course was too short, and was a quick glance over a few things that had happened in the vast and distressing history of human existence. But reading fiction was a way to process and understand, to whatever extent possible, how lives are effected by and lost to the cruelty of other humans.

Since then, books about people being subject to these abuses, but perhaps more importantly, living, striving, and succeeding despite it all, has formed most of my reading. And rather than always being extremely depressing (which truthfully is frequently the case), we also have so many creative and joyful responses to learn from.

So this list is a very short list of books that have come out this year that deal, in some way, shape, or form, with what it means to live, strive, and fight for a better humanity.

Voices of the Lost is an intriguing and sobering chain of letters written by Hoda Barakat, that connects the lives of five migrants who have fled their homes. Each person finds the previous letter, which inspires them to write their own.

The Book of Ramallah, edited by Maya Abu al-Hayat, is one of my favourite collections of short stories from Comma Press so far. These stories bring Ramallah, its people and streets close to us, through satire, disturbing narratives about the occupation, and tender musings about the city itself.

The Weight of Our Sky by Hanna Alkaf - A Young Adult novel that grapples with the horrors of the 1969 race riots in Kuala Lumpur in Malaysia. The young protagonist, Melati, is 16, loves music, and has OCD, though she considers it a djinn inside of her. She is separated from her mother at the onset of violence, and must find friends, even amongst unlikely allies, to get back home.

Below you'll also find some non-fiction to go along with Noor's fiction favourites!

title
We Do This 'Til We Free Us : Abolitionist Organizing and Transforming Justice
author
Kaba, Mariame, Nopper, Tamara K., Murakawa, Naomi

title
The Weight of Our Sky
author
Alkaf, Hanna