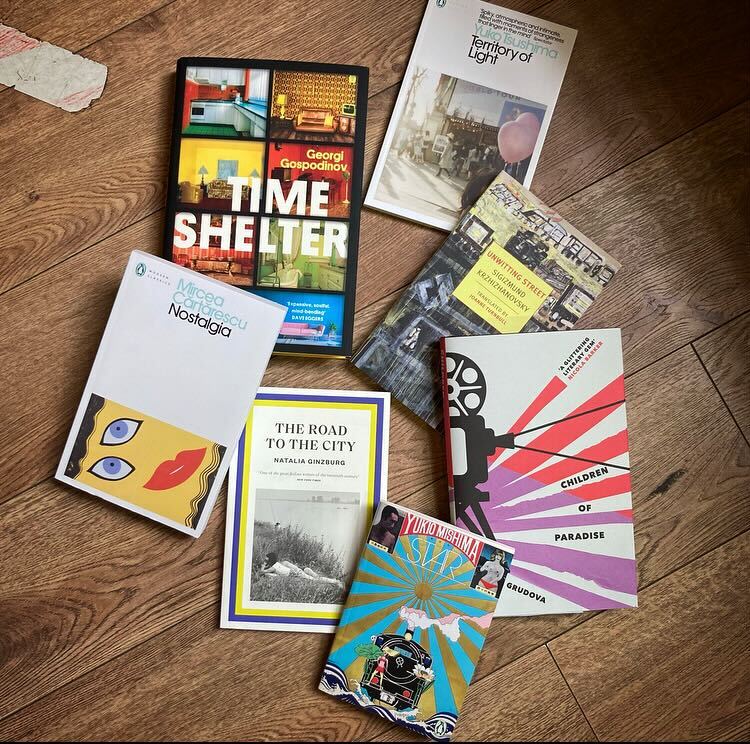 For Independent Bookshop Week, we invited some of our author pals, local and from further afield, to take over our Instagram account for an hour, recommending books on a chosen theme or in a chosen genre. In case you missed, we’ve published a list of each author’s chosen books (alongside their own work!) here on the website.

Camilla Grudova is the author of The Doll’s Alphabet (2017) and Children of Paradise (publishing 7th July!).

Star by Yukio Mishima: This novelette shows Mishima at his satirical best. I think a lot of his work is being rediscovered and republished at the moment because it says a lot about the way we live now.

Time Shelter by Georgi Gospodinov: There is so much focus on contemporary American literature, but I think important truths on the human condition are being most beautifully rendered on the periphery. Georgi Gospodinov is a Bulgarian writer whose novel is about care homes which recreate different eras.

Unwitting Street: Sigizmund Krzhizhanovsky is one of my favourite short story writers, born to Polish parents in Kiev, he wrote in Russian. His stories perfectly describe the absurd, surreal side of labour.

Nostalgia: Mircea Cărtărescu is one of my favourite living writers, he reminds me of Bruno Schulz and Georges Perec. In a world of crisp minimalism, his work is glorious colourful, flea bitten maximalism.

Territory of Light by Yūko Tsushima is a novel about two of my favourite themes in literature, single motherhood and strange architectural spaces.

Do check out the lists recommended by the other authors taking part in our Indie Bookshop Week take-overs!