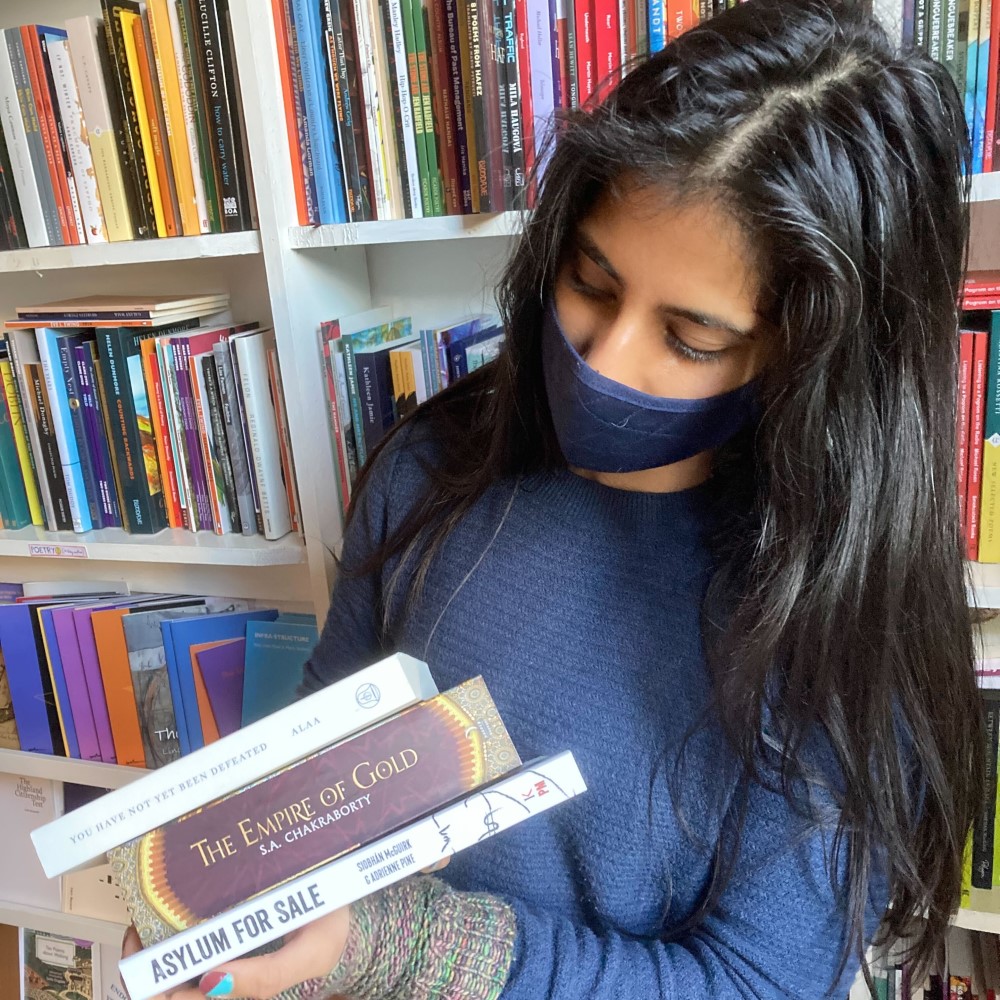 "It's about djinn, political intrigue, inequality and sectarianism, and building a better world."

In the latest of our 2021 round-ups of favourites, Noor shares three immensely powerful, visionary books:

You Have Not Yet Been Defeated - Alaa Abd el Fattah is currently in prison in Egypt for his part in the protests in 2011. This collection of essays by Alaa is a massive undertaking, translated by a collective and gathering together ten years of his news articles, blog posts, tweets and speeches delivered in the courtroom. Through his writing he gives a brutally honest analysis of the state of the world, technology, democracy, and the failings of socially progressive movements. This is a courageous book that deserved to be read.

Empire of Gold/Daevabad Trilogy - S.A Chakraborty has written a series that is fast paced, fun, heartbreaking and honestly left me at a loss when I finished the series and left those characters behind. It's about djinn, political intrigue, inequality and sectarianism, and building a better world. Empire of Gold is the final part of this brilliant trilogy. It's about the cruelty of endless cycles of violence, the way that we can lose ourselves to our worst fears and actions, the things we do for love, and, most importantly, it's about striving for change so that we can finally leave the past behind.

Asylum for Sale - This is an anthology of essays, accounts, comics and more about how asylum, all over the world, is a lucrative business for some, which comes at the expense of our humanity. It's truly eye opening to see the myriad ways in which people are vulnerable to arbitrary money-making systems that are now entrenched in our political systems. Particularly given our current horrifying political position in the UK with the Nationality and Borders Bill, I think it's really important to read accounts from people making crossings, and in detention, as well as from places where offshore detention exists. I highly recommend this.

Check out the rest of the team's 2021 favourites!

title
The Empire of Gold : Book 3
author
Chakraborty, S. A.

title
You Have Not Yet Been Defeated : Selected Writings 2011-2021
author
Abd el-Fattah, Alaa, Klein, Naomi