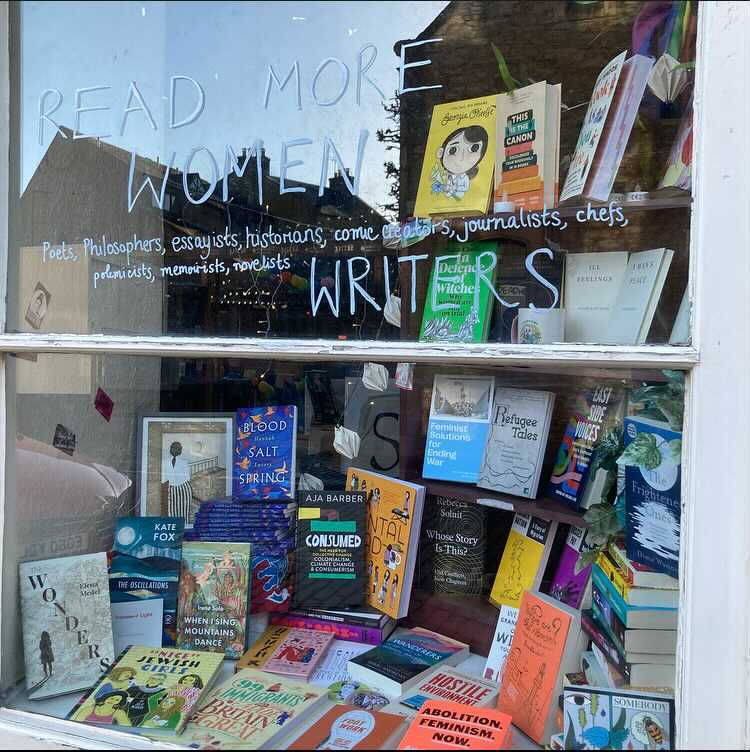 This International Women's Day we stand in solidarity with ALL women, especially those most affected by war and conflict, everywhere.

Women remain especially vulnerable in conflict zones the world over, and women's vulnerabilities, as well as our strengths, are as varied as we are. According to the UN, women and girls with disabilities are 2-3 times more likely to experience gender-based violence and exploitation. Trans women and non-binary people are also disproportionately at risk.

We are, truly, a multiplicity.

To honour these stories, we've put together a list of books about the experience of war, of fleeing conflict or seeking refuge written by women. We've added in feminist thought on war and children's books that will make these issues accesible to younger readers. These are only a fraction of the voices needed.

We've said this before, but opening borders is more urgent than ever and a burning issue for International Women's Day. Oppose the Nationality and Borders Bill, stop deportations as a women's issue, as an issue or collective survival.

Let's celebrate them, let's read more of them. Let's get out there and welcome them.

We'll be donating 10% from the sales of all books below to the fearless, survivor led and campaigning organisation Freedom From Torture. If you have cash or time to spare, please do consider supporting Refuweegee, The Welcoming and Saheliya, who could all use a boost and will also point you in the direction of other ways to take action

title
The Best We Could Do : An Illustrated Memoir
author
Bui, Thi

title
We Are Displaced : My Journey and Stories from Refugee Girls Around the World - From Nobel Peace Prize Winner Malala Yousafzai
author
Yousafzai, Malala

title
Our Bodies, Their Battlefield : What War Does to Women
author
Lamb, Christina

title
We Have Always Been Here
author
Habib, Samra

title
Free to Be Me : Refugee Stories from the Lesbian Immigration Support Group
author
Traies, Jane

title
Outside the Asylum : A Memoir of War, Disaster and Humanitarian Psychiatry
author
Jones, Lynne

title
The Dragons, the Giant, the Women : A memoir of family, war and peace
author
Moore, Wayetu

title
Tell Me How it Ends : An Essay in Forty Questions
author
Luiselli, Valeria

title
This Is How We Survive : Revolutionary Mothering, War, and Exile in the 21st Century
author
Williams, Mai'a, Gore, Ariel

title
My Name is Not Refugee
author
Milner, Kate

title
Who Am I? : The story of a London art studio for asylum seekers and refugees
author
Kaczynski, Tania