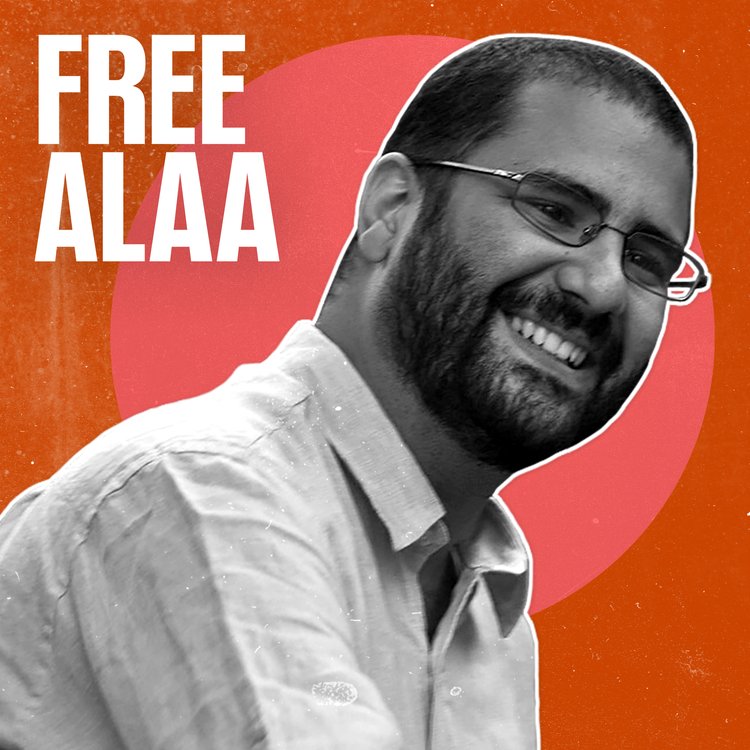 The Egyptian/British writer, thinker and activist Alaa Abd el-Fattah (author of the magnificent You Have Not Yet Been Defeated) has been imprisoned for nine years under Egypt's authoritarian regime. He began a hunger strike in April of 2022 and as I type this today (Nov 1st, 2022) he's just had his last cup of tea.

On Nov 5th, as COP27 begins in Egypt, he will enter a zero-calorie phase of hunger strike.

Alaa's family have been staging a sit-in outside the Foreign Office in London since October 18th, trying to convince the UK government to act with firmess on Alaa's behalf. The message coming from Westminster, for many months, is that the government is 'working very hard for his release' but so far, they haven't even managed to get Alaa consular access.

COP27 in Egypt promises to be an exemplary performance of greenwashing by an oppresive state, with minimal presence of civil society and minimal input from those most affected by climate collapse. For all of us who work toward a world in which climate and social justice go hand in hand (for they are mutually dependent on each other), it's crucial that we join in the struggle to #FreeAlaa.

As the time in which meaningful climate action can be taken quickly runs out, so the opportunity to save Alaa's life is running out too.

As opposed to Rishi Sunak, Nicola Sturgeon WILL be going to COP27. This means that we, in Scotland, have the opportunity and responsibility of influencing what is said.

Join us in asking Nicola Sturgeon to use her plenary address, and any bilateral meetings with the Egyptian authorities, to amplify the international call for prisoner Amnesty, as outlined by the COPCivicSpace coalition of rights groups.

Tweet at world leaders to intervene urgently for his release

There are only days left.

title
You Have Not Yet Been Defeated : Selected Writings 2011-2021
author
Abd el-Fattah, Alaa, Klein, Naomi