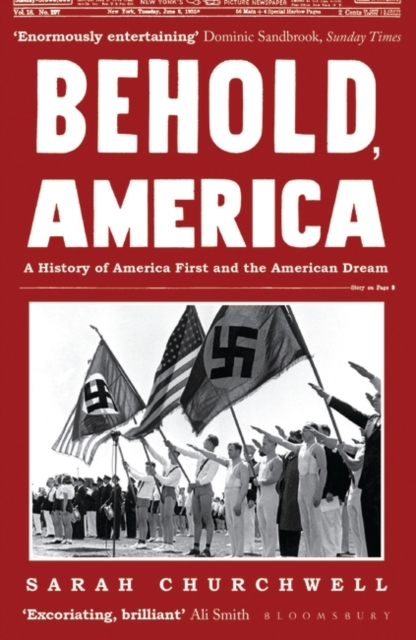 After the Capitol Building in Washington D.C. was stormed by Trump supporters on 6th January, Neal Kirby - son of legendary comics creator Jack Kirby - said in a statement that his father would be “absolutely sickened” by the insurrectionists’ use of iconography associated with his most famous creation, Captain America. Many in the comics community vocally supported Kirby’s statement, echoing his assertion that, rather than the white supremacy and authoritarianism of the Trump movement, the values that Captain America actually stands for are the same as those which truly define the national character of the USA, namely truth, justice and freedom.

Opponents to both Trump’s presidency in the US and Brexit in the UK have frequently foregrounded this idea, that these two political moments are somehow antithetical to the “real” character of their respective nations. But the idea that the “true” Britain or America is actually represented by good, honest people with a cosmopolitan outlook is a product of liberal solipsism.  Even a cursory glance at the last few centuries shows us that racism, fascistic leanings and belligerent foreign policy are hardly isolated incidents in the history of these two countries.

Nations are historical entities, and if we choose to buy into them by taking pride in their laudable achievements, we must also reckon with their (usually sizable) atrocities. In the UK this means - among other things - grappling with the legacy of empire, deeply-rooted racism and the callousness of post-Thatcherite neoliberalism. In the US it means honestly confronting the rampant white supremacy which has underpinned the nation’s political culture since its birth, as well as the brutal capitalist mindset which has resulted in up to a third of donations made via funding websites now being for healthcare costs.

Captain America represented Jack Kirby’s hopes for America, not America as it actually was or is. The inauguration of Joe Biden is not somehow a restoration of “true American values”, just as the ejection of the Tories from Downing Street (when it eventually happens) will not be a manifestation of Britain’s true national character reasserting itself. Because both Trumpism and Brexit, and what they represent, are a legitimate part of their nations’ history and culture, and however much we might like to, we can’t pick and choose what our countries represent.

Because if Captain America truly represented the USA, he’d be a racist.

title
Natives : Race and Class in the Ruins of Empire
author
Akala

title
Alt-America : The Rise of the Radical Right in the Age of Trump
author
Neiwert, David

title
American Carnage : On the Front Lines of the Republican Civil War and the Rise of President Trump
author
Alberta, Tim

title
It's Even Worse Than You Think : What the Trump Administration Is Doing to America
author
Johnston, David Cay

title
Fake Law : The Truth About Justice in an Age of Lies
author
Barrister, The Secret

title
Voices of the Windrush Generation : The real story told by the people themselves
author
Matthews, David