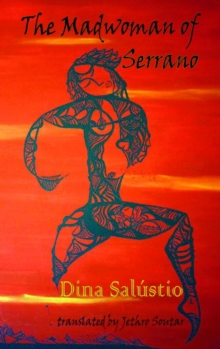 The Madwoman of Serrano

The first novel by a female Cabo Verdean author to be published in English, The Madwoman of Serrano, translated from Portuguese by Jethro Soutar, won the 2018 English PEN Award as well as several prestigious Cabo Verdean literary prizes.

The Madwoman of Serrano is a magical tale of rural ideals and urban ambition, underpinned by an exploration of female empowerment. Serrano is an isolated village where a madwoman roams. But is she really mad or is she marginalised because she is wise and a woman? Could her babbling be prophecy? One day a girl falls from the sky and is found in the forest by Jeronimo. The villagers are suspicious of the newcomer, but Jeronimo falls in love with her. When she gives birth and disappears, Jeronimo takes care of the child, naming her Filipa. Years later, estranged from Jeronimo after being taken from the village in mysterious circumstances, Filipa is a successful businesswoman in the city. Her memories of growing up in Serrano and her friendship with the madwoman become increasingly vivid. When the madwoman's warnings come true and Serrano's sheltered existence is threatened by plans to build a dam, Jeronimo heads for the city himself. Will he and Filipa finally be reunited?