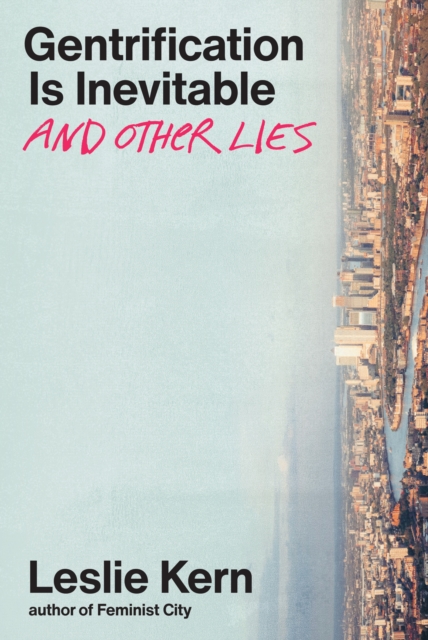 Gentrification is Inevitable and Other Lies

How Gentrification is killing our cities, and what we can do about it What does gentrification look like? Can we even agree that it is a process that replaces one community with another? It is a question of class? Or of economic opportunity? Who does it affect the most? Is there any way to combat it?

Leslie Kern, author of the best selling Feminist City, travels from Toronto, New York, London, Paris and San Francisco and scrutinises the myth and lies that surround this most urgent urban crisis of our times. First observed in 1950s London, and theorised by leading thinkers such as Ruth Glass, Jane Jacobs and Sharon Zukin, this devastating process of displacement now can be found in every city and most neighbourhoods. Beyond the Yoga studio, farmer's market and tattoo parlour, gentrification is more than a metaphor, but impacts the most vulnerable communities. Kern proposes an intersectional way at looking at the crisis that seek to reveal the violence based on class, race, gender and sexuality.

She argues that gentrification is not natural That it can not be understood in economics terms, or by class. That it is not a question of taste. That it can only be measured only by the physical displacement of certain people. Rather, she argues, it is an continuation of the setter colonial project that removed natives from their land. And it can be seen today is rising rents and evictions, transformed retail areas, increased policing and broken communities. But if gentrification is not inevitable, what can we do to stop the tide? In response, Kern proposes a genuinely decolonial, feminist, queer, anti-gentrification. One that demands the right to the city for everyone and the return of land and reparations for those who have been displaced.