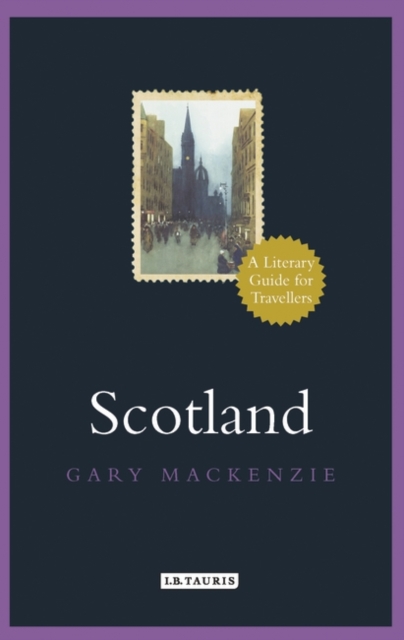 Scotland : A Literary Guide for Travellers

With its vibrant cities and breathtaking landscapes, Scotland has captivated writers and visitors for centuries and inspired a diverse range of literature, from the religious poems carved on the rocks of its sacred monuments to the seedy urban novels of Irvine Welsh.

For Robert Burns, Scotland's iconic poet, the culture of his native country was a fertile ground for his imagination. Sir Walter Scott drew on the nation's past, and on the stirring mountains and lochs of the Highlands, as he pioneered the historical novel. Some of the most famous early literary tourists, including James Boswell, Samuel Johnson, and Dorothy and William Wordsworth, wrote captivating accounts of their travels in Scotland.

This enthralling guide gets under the skin of the country through the writers who lived in or visited Scotland, as well as those who simply imagined it in their work--from Shakespeare, Ben Jonson and the Scots 'Makars' of the fifteenth and sixteenth centuries, to Keats, Coleridge and Robert Louis Stevenson; from Gaelic bards and anonymous balladeers to the cosmopolitan Hugh MacDiarmid, Jackie Kay, Ian Rankin and Kathleen Jamie. Famous figures sit alongside writers sometimes overlooked by literary travellers, and through their lives and words we experience the rich, fractious, and passionate story of Scottish culture and discover how Scotland's history, landscape and society are brought to life in literature. Organized by different areas of the country, the book is filled with excerpts from the writer's works and letters, as well as extensive text features, including several photographs of notable sites, a map with key sites higlighted, an extensive author profiles section with short bios of the writers and their works, a chronology of Scotland's cultural and political history, a bibliography for further reading, and an index for handy reference.