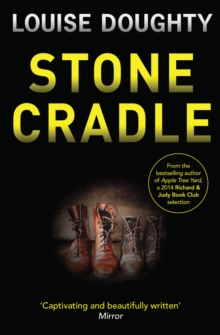 'Elijah Smith was born in the graveyard of the church at Werrington, a village in the Soke of Peterborough. I can tell you this for certain, as I am his mother and so was there at the time.'

Clementina is barely sixteen when she falls pregnant.

Other girls had been put out on the highroad for less, but Clementina's Dei and Dadus stand by her. But the Travellers are treated with suspicion wherever they go, and soon the family are rounded up by the 'gavvers', accused of poisioning local livestock. As the Romany people struggle to survive the changes of the twentieth century, Louise Doughty charts one family's path through persecution and tragedy, asking, can the Romany spirit survive in a century that no longer has space for them?