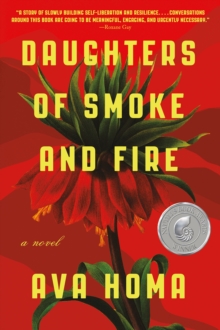 The unforgettable, haunting story of a young woman's perilous fight for freedom and justice for her brother, the first novel published in English by a female Kurdish writerSet primarily in Iran, this extraordinary debut novel weaves 50 years of modern Kurdish history through a story of a family facing oppression and injustices all too familiar to the Kurds. Leila dreams of making films to bring the suppressed stories of her people onto the global stage, but obstacles keep piling up. Her younger brother, Chia, influenced by their father's past torture, imprisonment, and his deep-seated desire for justice, begins to engage with social and political affairs.

But his activism grows increasingly risky and one day he disappears in Tehran. Seeking answers about her brother's whereabouts, Leila fears the worst and begins a campaign to save him. But when she publishes Chia's writings online, she finds herself in grave danger as well.

Inspired by the life of Kurdish human rights activist Farzad Kamangar and published to coincide with the 10th anniversary of his execution, Daughters of Smoke and Fire is an evocative portrait of the lives and stakes faced by 40 million stateless Kurds. It's an unflinching but compassionate and powerful story that brilliantly illuminates the meaning of identity and the complex bonds of family. A landmark novel for our troubled world, Daughters of Smoke and Fire is a gripping and important read, perfect for fans of Khaled Hosseini's The Kite Runner and Chimamanda Ngozi Adichie's Half of a Yellow Sun.