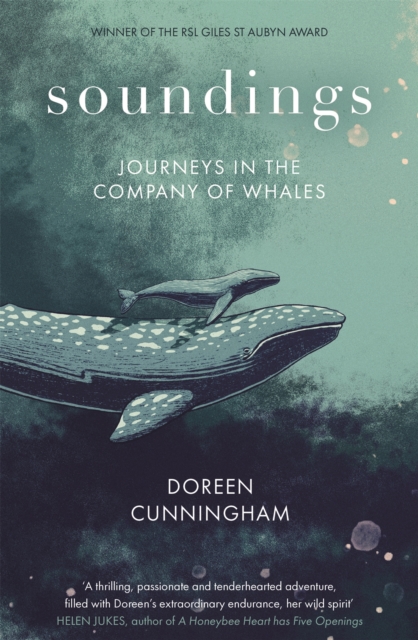 Soundings : Journeys in the Company of Whales

Cunningham, Doreen More by this author...£18.99Out of stock
Share:

From the lagoons of Mexico to Arctic glaciers, grey whale mothers are swimming with their calves, past predatory orcas, through a warming sea. For ten thousand miles, they endure one of the longest mammalian migrations on the planet. Following them, by bus, train and ferry, are Doreen Cunningham and her young son Max, in pursuit of a wild hope: that their family of two can make it by themselves. Doreen first visited Utqiagvik, the northernmost town in Alaska, as a young journalist reporting on climate change among indigenous whaling communities.

There, she joined the spring whale hunt under the neverending Arctic light, watching for bowhead whales and polar bears, drawn deeply into an Iñupiaq family, their culture and the disappearing ice. Years later, plunged into sudden poverty and isolation, living in a Women's Refuge with her baby son, Doreen recalls the wilderness that once helped shape her own. She embarks on an extraordinary adventure: taking Max to follow the grey whale migration all the way north to the Iñupiaq family that took her in, where grey and bowhead whales meet at the melting apex of our planet.

Soundings is the story of a woman reclaiming her life, mile by mile; a child growing to love an ocean that is profoundly endangered; and a mother learning from another species how to parent in a time of unprecedented change. Intrepid, brave and breathtaking, her journey will take you to the ends of the earth, alongside the whales that call it home.