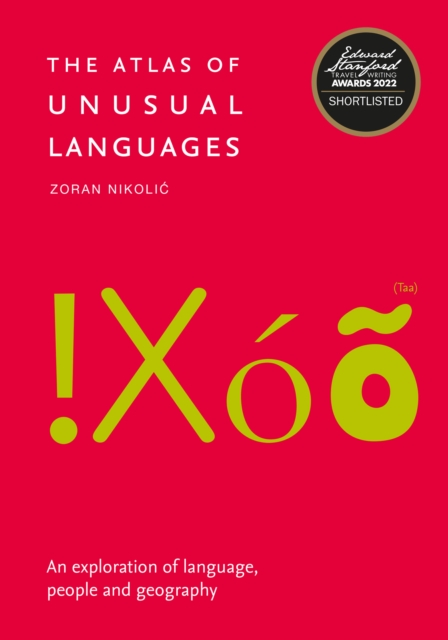 The Atlas of Unusual Languages : An Exploration of Language, People and Geography

We communicate through the spoken and written word and language has evolved over the centuries. Many languages have survived although only in small pockets throughout the world. This book explores a selection of those languages.

Did you know that some people believe that the speakers of Burushaski, the language of a distant valley below the Himalayas, are actually the descendants of the soldiers of Alexander the Great? And that, even though the Venetian language is not official in Venice, it is spoken in several locations in Latin America?

From ‘language isolates’ such as Basque, spoken in Spain and France, and Ainu in Japan and Russia, to language islands including a Welsh speaking colony in Argentina–discover how geography shapes communication and societies.

What can we learn from the existence of Gutnish, a dialect of the extinct Eastern Germanic Gothic, on several islands of the Baltic Sea? And how widely spoken is Cornish? These and many more intriguing linguistic questions are answered in this absorbing exploration of lesser known languages.