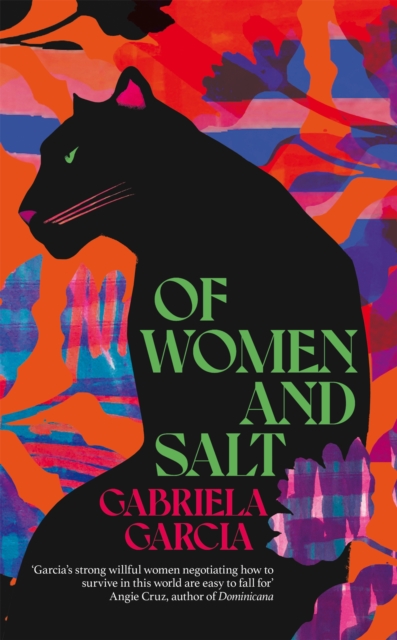 Of Women and Salt

A sweeping, masterful debut about a daughter's fateful choice, a mother motivated by her own past, and a family legacy that begins in Cuba before either of them were born. Of Women and Salt is a story of shared heritage, populated by magnetic, fascinating, flawed women whose voices demand to be heard.

Five generations of women, linked by blood and circumstance, by the secrets they share, and by a single book passed down through a family, with an affirmation scrawled in its margins: We are force. We are more than we think we are. 1866, Cuba: Maria Isabel is the only woman employed at a cigar factory, where each day the workers find strength in daily readings of Victor Hugo.

But these are dangerous political times, and as Maria begins to see marriage and motherhood as her only options, the sounds of war are approaching. 1959, Cuba: Dolores watches her husband make for the mountains in answer to Fidel Castro's call to arms. What Dolores knows, though, is that to survive, she must win her own war, and commit an act of violence that threatens to destroy her daughter Carmen's world.

2016, Miami: Carmen, still wrestling with the trauma of displacement, is shocked when her daughter Jeanette announces her plans to travel to Cuba to see her grandmother Dolores. In the walls of her crumbling home lies a secret, one that will link Jeanette to her past, and to this fearless line of women. From nineteenth-century cigar factories to present-day detention centres, from Cuba to the United States to Mexico, Gabriela Garcia's Of Women and Salt follows Latina women of fierce pride, bound by the stories passed between them.